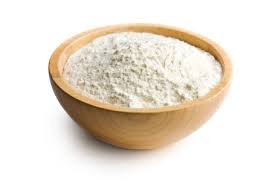 Garri is a product of cassava which goes through several processes, before being ready for consumption. It is a common diet as it is quite affordable and thus, consumed by both the rich and the poor.

One common talk surrounding gari is its link to eye problems. It is even believed that it can cause blindness when taken too frequently and excessively. How true is this?

Cassava contains basically a compound called cyanide. Cyanide is highly toxic to the human health. However, its toxicity is usually broken down & lost to the barest minimum in a well-processed cassava due to the exposure to heat.

Even though Cyanide toxicity is reduced, continuous, frequent and sustained intake of gari may eventually cause it’s accumulation in the body over time, which then makes it detrimental to the health.

Effects of Cyanide include:

🔸It suppresses Vitamin A which is necessary & important for the normal eyesight.🔸

It can suppress the production of an important body hormone – thyroxine. This can result into goitre which is usually associated with certain eye defects.

🔸Antioxidants are important in the body to mop up free radicals which are dangerous to the health. Cyanide however competes and displaces antioxidants. This makes free radicals available which can affect the eyes & result into eyesight problems.

🔸It can also interfere with the essential nutrients nutrients necessary for eyesight. This often leads to burning sensations in the eye,itching, and sometimes blurred vision.

Worthy of note however is that even though these effects are assocated with gari intake, they are simply adverse effects & are only often seen in chronic consumers. Also, one becomes more predisposed to these risks with poorly prepared & processed gari. A well-prepared gari is still regarded safe.

Thus, the bottom line is to always opt in for well-processed gari. If you’re not certain if it is, its best to avoid it. Also, avoid its too frequent and excessive consumption. Afterall, too much of everything (not just gari) is bad.