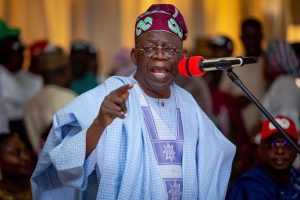 Bola Ahmed Tinubu, a presidential candidate for the All Progressives Congress (APC) party, has been boosting morale and confidence among his supporters in Ogun state during his campaign.

In a recent rally, Tinubu stated that some people are behind hiding of fuel and new Naira in order to disrupt the election, but APC will not be deterred and will ultimately win.

Tinubu’s statement echoes that of former Minister of Aviation, Femi Fani Kayode, who wrote on his verified Twitter page, “Whatever your plans are to scuttle this election, whether through new naira notes, fuel scarcity or creating an atmosphere of fear & panic, YOU SHALL FAIL. The cat is out of the bag. We know the plan. We know who you are using. We know who is behind it. We know what to do.”

This rhetoric suggests that there may be concerns among the APC that the opposition party may attempt to interfere with the election through the manipulation of fuel and currency supplies. However, Tinubu and Fani Kayode are both confident that the APC will be able to overcome these obstacles and emerge victorious.

It is worth noting that the statement of Tinubu should not be viewed as a confirmation of any alleged plans by the opposition party to disrupt the election, but rather as a statement of confidence from the APC candidate and his supporters.

The Nigeria’s presidential candidate Bola Ahmed Tinubu has reassured his supporters that despite the alleged plans by the opposition party to scuttle the coming election, the APC will emerge victorious. 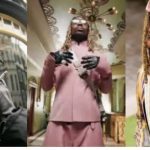 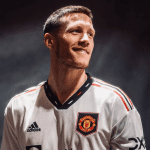