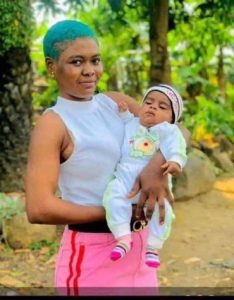 It is a tragic and disturbing incident that a mother in Cameroon has been arrested for allegedly drugging her child with tramadol so she could go clubbing with her friends.

According to reports, the woman, whose identity has yet to be confirmed, gave her toddler the medication, locked him in the house, and then left for a night out. The incident occurred in the Likombo area of Tiko in the South-West region of Cameroon.

When she returned home, she found the child lying lifeless where she had left him and immediately raised the alarm. The community reportedly descended on her, attacking her before the police intervened and took her into custody.

This is a heart-wrenching and senseless act of neglect and disregard for human life. It is a stark reminder of the importance of proper parenting and the responsibilities that come with being a parent. The loss of an innocent child’s life is a tragedy that should never happen, and it is crucial that those responsible are held accountable for their actions.

A social media user who reported the case wrote: “This lady you see here committed an abomination last night in Likomba, Tiko. Despite having a newborn baby of few months old in hand, she wanted to go clubbing with friends.

“The innocent child was the only thing standing in her way as she couldn’t take him to the club. So what did this girl do?

“She decided to give him tramadol so he can fall deep asleep. This way she can go party with her friends. 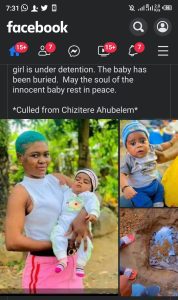 “She gave him the tramadol and locked the baby inside the house. She returned home this morning only to find out the baby died as a result of the hard drugs she gave him.

“Likomba inhabitants descended on her and got her well beaten. Forces of law and order intervened and as of now, the girl is in detention.” The baby had, however, been buried. 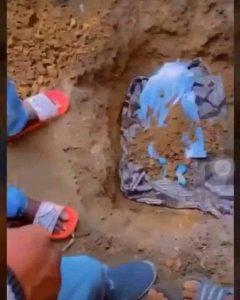 It’s important to note that tramadol is a powerful opioid medication that can have serious side effects, particularly in young children. It should never be given to anyone without a prescription and the guidance of a healthcare professional. The use of tramadol without medical supervision can lead to serious health problems, including addiction, overdose, and even death.

It’s a deeply saddening news that a mother could do such a thing to her own child, and it is important that justice is served for the victim, and that necessary measures are taken to prevent such incidents from happening in the future. 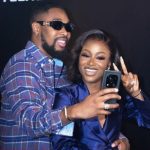 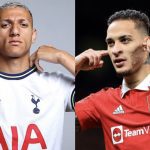