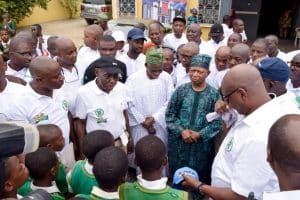 Former Nigeria President Olusegun Obasanjo joined current and alumni students of the Baptist Boys’ High School in Ogun state on Monday for an 18km walk to mark the 100th anniversary of the school’s establishment.

The walk was part of a series of activities organized to celebrate the milestone achievement of the school, which has produced many notable alumni and leaders in various fields.

The former president, who is an alumnus of the school, took on the role of a senior prefect during the walk, leading the way for the students and alumni as they made their way through the streets of Abeokuta, the capital of Ogun state. 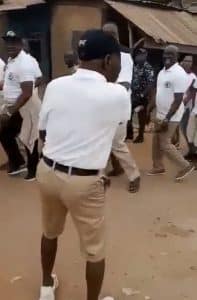 The Baptist Boys’ High School, also known as BBHS, was founded in 1921 and has since grown to become one of the most prestigious schools in Nigeria. The school has a long-standing reputation for academic excellence and has produced many successful alumni in fields such as politics, business, and academics.

The school is also known for its strong emphasis on discipline and character development, which has contributed to its reputation as a premier institution for boys’ education in Nigeria.

Obasanjo, who is a former military ruler and two-term civilian president of Nigeria, is a proud alumnus of the school and has always been a strong supporter of its mission and values. He praised the school for the impact it has had on his life and the lives of many other alumni, saying that the school has played a significant role in shaping the leaders of Nigeria.

During the walk, Obasanjo also took the opportunity to interact with the students and alumni, answering questions and sharing his experiences and insights with them. He also emphasized the importance of education and the role it plays in shaping the future of the country.

The 18km walk was not only a physical challenge but also a symbolic one, representing the journey of the school and its alumni over the past 100 years. The walk was a way for the school community to come together and celebrate the achievements and contributions of the school, while also looking forward to the future. 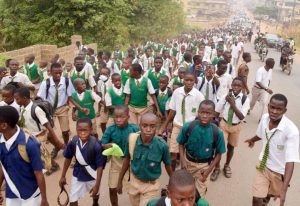 The walk was followed by a reception and dinner at the school, where the former president, alongside other notable alumni, were honored for their contributions to the school and the country.

The celebration of the 100th anniversary of the Baptist Boys’ High School marks a significant milestone in the history of the school and is a testament to its enduring legacy and impact on the lives of its students and alumni.

The school continues to be a source of pride for its alumni and the community at large, and will continue to play a vital role in shaping the leaders of Nigeria for many years to come. 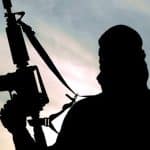 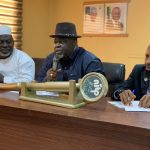